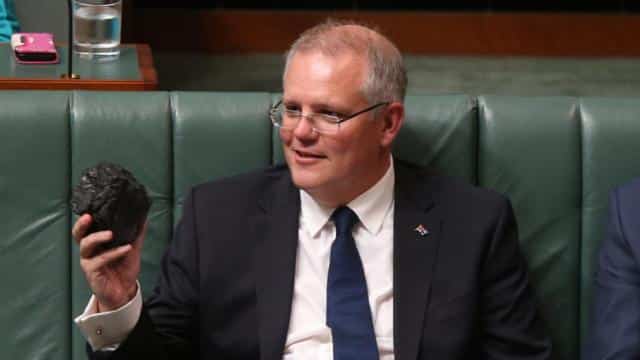 A commitment to coal

With a piece of coal in his hand, Morrison defended his commitment to the coal industry and praised Australia’s dependence on this energy source as the basis of the country’s prosperity. Australia, which has a goal of reducing emissions that is not among the most ambitious in the world, seems determined to build a future based on coal.

“This is coal, don’t be afraid, don’t be scared. It’s coal. It was dug up by men and women who work and live in the electorates of those who sit opposite. … It is coal that has ensured for over 100 years that Australia has enjoyed an energy competitive advantage that has delivered prosperity to Australian businesses and ensured that the Australian industry has been able to remain competitive on a global market. … Those opposite have an ideological, pathological fear of coal. There is no word for ‘coalophobia’ officially … but that is the malady that afflicts those opposite.” Prime Minister Scott Morrison 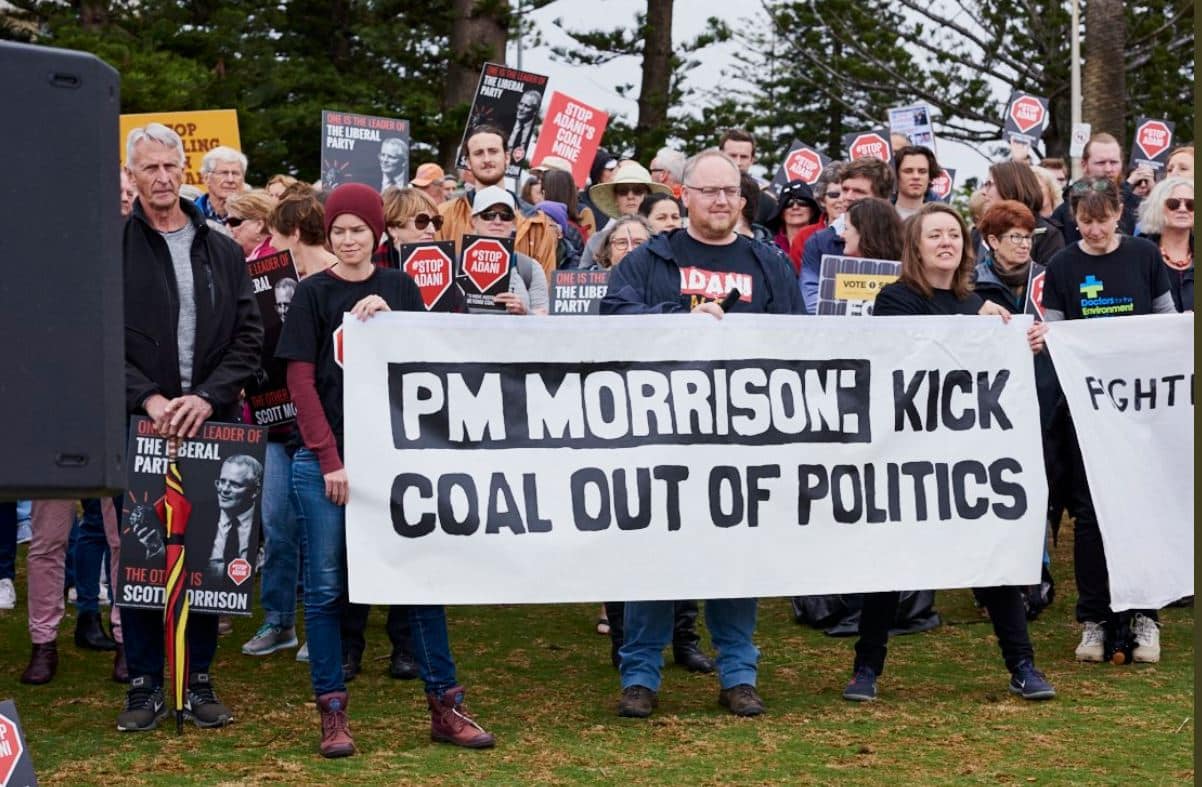 That criticism did not take too long to surface, and at key climate-related events like #RiseForClimate, NGOs have sent clear messages to the government about their discontent over Australia’s climate policies, or lack thereof. Morrison assumed the leadership of his country after an internal conflict provoked by a proposal for energy reform and legislation on climate goals. This led to a loss of confidence regarding the past Prime Minister, the fourth to be removed by his own party since 2010. In this unstable political environment, the coal industry lobby plays a significant role in politics and policymaking. The message in favor of this fossil fuel is not hidden in the official position of the Australian government.

“The coal lobby in Australia is the most powerful in the country and has effectively halted any action on climate action from federal governments over the last decade. In fact, the coal lobby is capable of removing Prime Ministers and elevating their interests. Our last PM was removed a few weeks ago as he attempted to pass a very weak energy policy, which included legislating emissions reduction targets. He was replaced by his Treasurer who last year entered Parliament holding a piece of coal as a stunt and whose Chief of Staff was a very senior coal industry lobbyist.” Glen Klatovsky – 350 Australia

Coal and more coal for the world

Australia’s electrical grid is heavily dependent on coal. In 2017, Australia generated 159,144.6 GWh from coal, which represents approximately 33.1% of the total energy generated using non-renewable and renewable fuels. However, electricity generation is not the engine of the coal industry, but the export is.

“Australia is the world’s number one coal exporter and 84% of our domestic electricity supply is from coal-fired power stations.”  Glen Klatovsky – 350 Australia

In 2017, Australia broke the coal export record. That year, 200 million metric tons (Mt) of thermal coal and 172 Mt of coal were exported for metallurgical purposes. Coal exports for Australia last year amounted to $56.5 billion dollars, an increase of 35% compared to 2016.

The main destination of coal was Asia and Southeast Asia in particular, where the use of coal-based power generation plants is developing thanks to new investments. However, regions like Latin America are not far behind. For example, countries such as Argentina, Brazil, Chile, Mexico, and Uruguay import large amounts of this fossil fuel.

Queensland is one of the main coal exporting regions of Australia. For example, that region alone exported 6,579,044 tons of coal for different purposes to Latin America in 2017, which represents an exchange of about $1,272,357,708 Australian dollars (approximately $898,182,753 USD). Clearly, someone does not want to stop seeing these revenues even though we are putting the future of the planet at risk. However, putting it in context it is a relatively small number compared to the 184,774,347 tons exported to Asia from Australia. 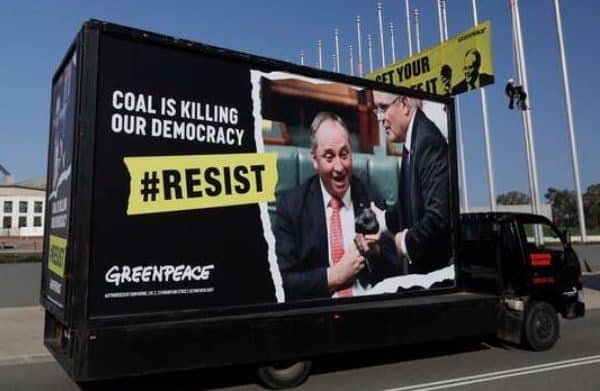 Where did we put the agreement? Oh yeah … left it in Paris

The goal for 2030 in Australia regarding climate change involves reducing carbon emissions by 26% to 28% compared to 2005 levels. On these climate goals, the Ministry of Environment and Energy writes that “Australia has a history proud to meet and exceed our international commitments on climate change.” This speech does not seem to fit with what the Prime Minister says, nor with what the experts expect.

A report from the organization NDEVR Environmental warns that Australia has broken its carbon emissions record for the third consecutive year and that following this pattern will not meet the goal of the Paris Agreement. This organization urges the Australian government to establish a national goal based on science, which agrees to maintain the increase of the planet below 2°C.

“Our current NDC is very weak and will be largely met without any action by the federal government as our older coal electricity sector retires and is replaced by renewables and gas.” Glen Klatovsky – 350 Australia

In other words, Australia will fail to do its part fulfilling the less ambitious goal of the Paris Agreement of not increasing the planet’s temperature over 2◦C. It is important to remember that the IPCC made it clear in its latest report that to achieve the goal of maintaining the increase in the temperature of the Earth by 1.5◦C, we must be more ambitious in terms of mitigation and transition to renewable energy resources for power generation. Clearly, this does not fit with an energy agenda based on coal.

According to The Guardian, the Australian Prime Minister spoke about the goal of reducing emissions, stating:

“No, we won’t … we’re not held to any of them at all. Nor are we bound to go and tip money into that big climate fund. We’re not going to do that either. I’m not going to spend money on global climate conferences and all that nonsense.”

Australia has embraced fossil fuels in a more subtle manner than other countries, remaining in the Paris Agreement and seeking strategic relations with its neighbors in the Pacific, many of whom are particularly vulnerable to climate change. For Australia, this strategy can protect the comparative advantage that coal provides to the industry in the short term.  However, even in the present, the adverse impacts generated by climate change are causing damage that may be irreversible as Christiana Figueres, former Secretary of the UNFCCC, made very clear:

“Do you want the Great Barrier Reef, or do you want the largest aquatic cemetery in the world?” – @CFigueres pic.twitter.com/jTed1gqkzu

This strategy is an impediment to progress for global climate action, with the final result depending on all countries contributing to the ambitious emission reductions and having a sincere policy towards achieving the goals of the Paris Agreement.