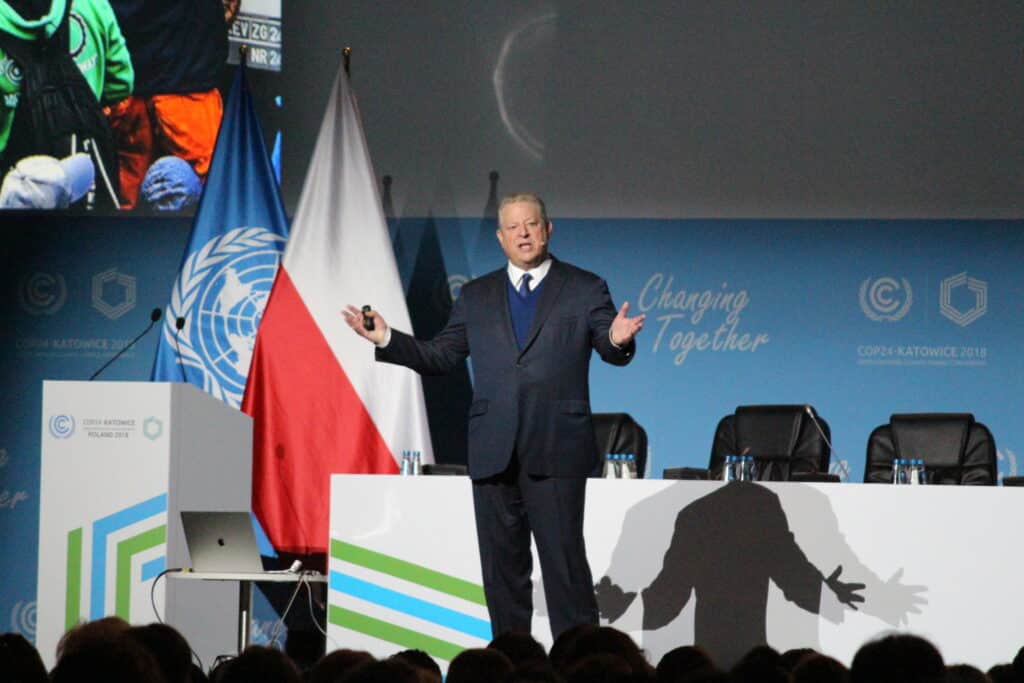 Former Vice President Al Gore highlighted the urgent need to transition to a sustainable future in his presentation on “The Climate Crisis and its Solutions” at this year’s U.N. climate conference at Katowice, Poland.

“We have the means to halt the destruction that is on the way, but we have to make a choice,” said Gore on Wednesday.  “Will civilization descend into another dark age? Will we create conditions that future generations will describe as hell on earth?”

Gore criticized the nations that moved to block the welcoming of the Intergovernmental Panel on Climate Change’s groundbreaking report, which declared unprecedented action would be necessary to keep warming under 1.5°C this century:

“Some are not bothered by the moral choices that are involved.  It was a signal in the first days of this meeting when my country, the United States, and Saudi Arabia and Russia, the number one, two and three producers of petroleum on this planet, decided that scientific evidence compiled at the request of the UNFCCC in 2015 was inconvenient as they refused to ‘welcome’ it. This is a pattern and it speaks to the heart of the great moral choice humanity has to make.”

Gore went on to further attack Trump for failing to understand the role climate change plays in driving the migration crisis in Central America. He also denounced the administration’s response to Hurricane Maria in Puerto Rico as a classic example of environmental racism. 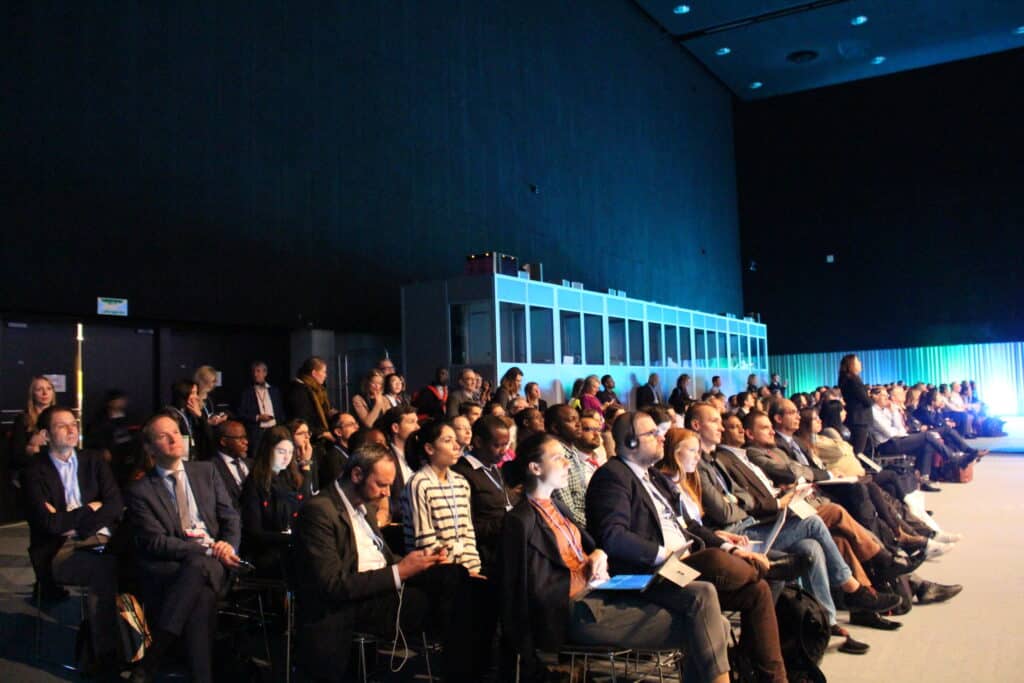 Gore addressed Poland’s use of coal, noting that about 80 percent of the nation’s electricity is generated from coal.  Air pollution in Poland is among the worst in Europe, with 36 of the 50 most contaminated cities in Europe located in Poland.  Gore did offer some room for optimism, citing that 69 percent of Polish citizens are in favor of a phaseout of coal by 2030.

Gore did express hope toward the end of his speech.  He noted advancements made in wind and solar energy across the world, as well as decarbonization efforts made in the transportation sectors.  He was encouraged by Democratic gains in the U.S. November elections:

“I want you to take note of what happened just five weeks ago. The election that took place in the U.S. was remarkable. It was the largest repudiation of a sitting president by voters in a midterm election in the history of the United States,” said Gore.  “The experiment with Trumpism is not going well.”

Gore said in his concluding remarks: