At this year’s climate conference, a discussion is taking place over the draft text of the Paris Agreement Rulebook. As part of the negotiations, it is being debated whether the protection of human rights should be included or redacted from the text.

After months of negotiations, human rights appear to be a point of contention among Parties. As of now, the Rulebook is divided into several draft documents for each key aspect, but it seems that much will be finalized in the next day.

The issue of human rights can sometimes seem like common sense when you think about the harsh effects that climate change will have for billions of people. Who could oppose something so basic? Perhaps the question is: which countries are going to step up and do something to protect human rights from disappearing? 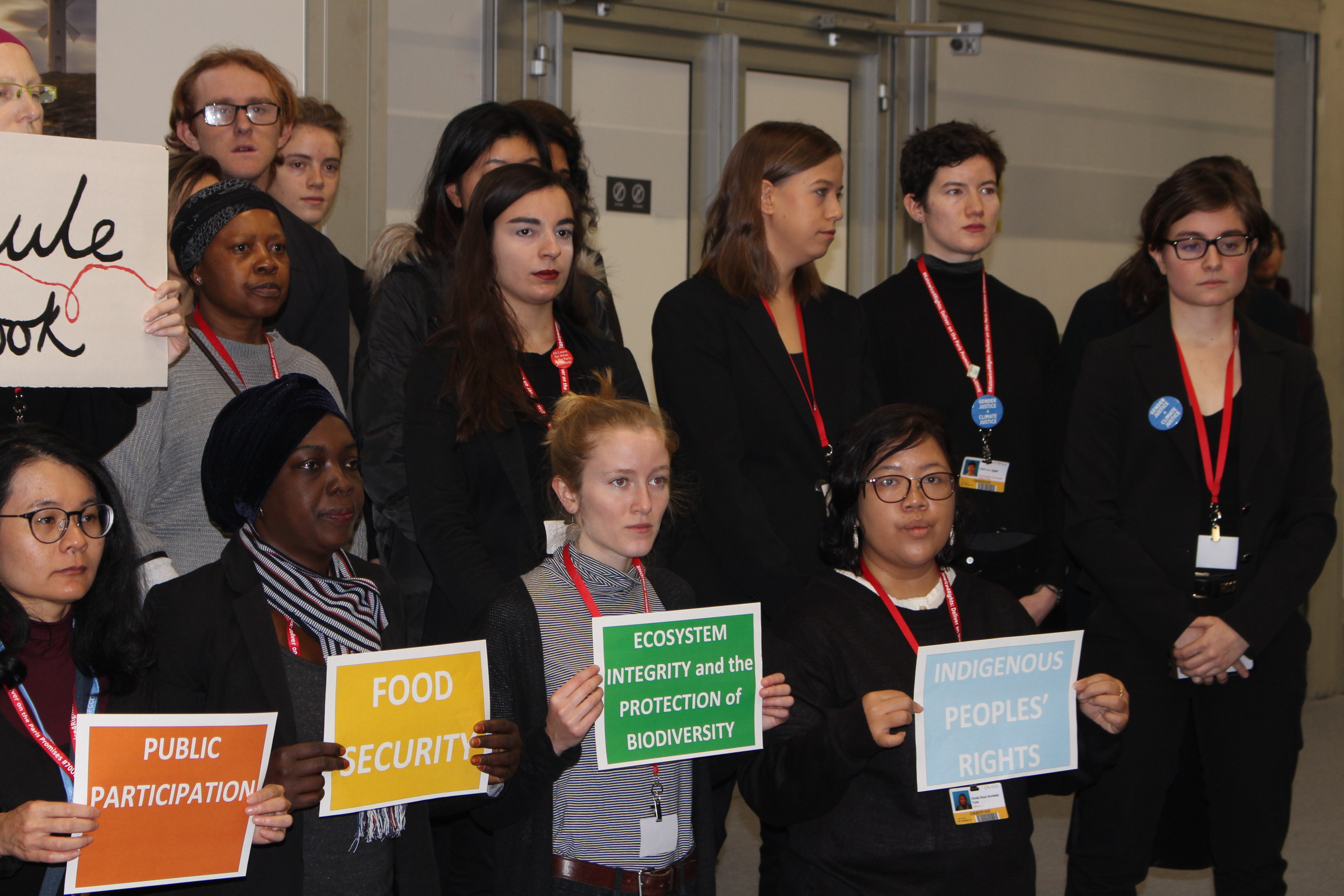 Human rights can be a difficult subject to understand, especially if there is no consensus to even mention them. It costs so much to make them become a reality and, at the same time, the minimum such as a just mentioning them seems to be too much effort for many countries. What do they care about then? considering that the welfare of the people is one of the Conference’s objectives. Regrettably, the inclination toward leaving these issues out seems to be prevailing, with parties trying to comfort themselves with the idea that it is enough that human rights have been mentioned in the preamble of the Agreement.

Key principles, such as gender, participation and human rights, are included in the preamble of the Paris Agreement. While this was not the ideal place, it was achieved after an intense struggle and this is recognized for its importance. Indeed, it is a struggle for words that can one day become actions to protect the life and dignity of our families. Now, the struggle is re-lived with the Rulebook where keeping a mention of it in the text faces severe opposition or not enough interest by many countries. 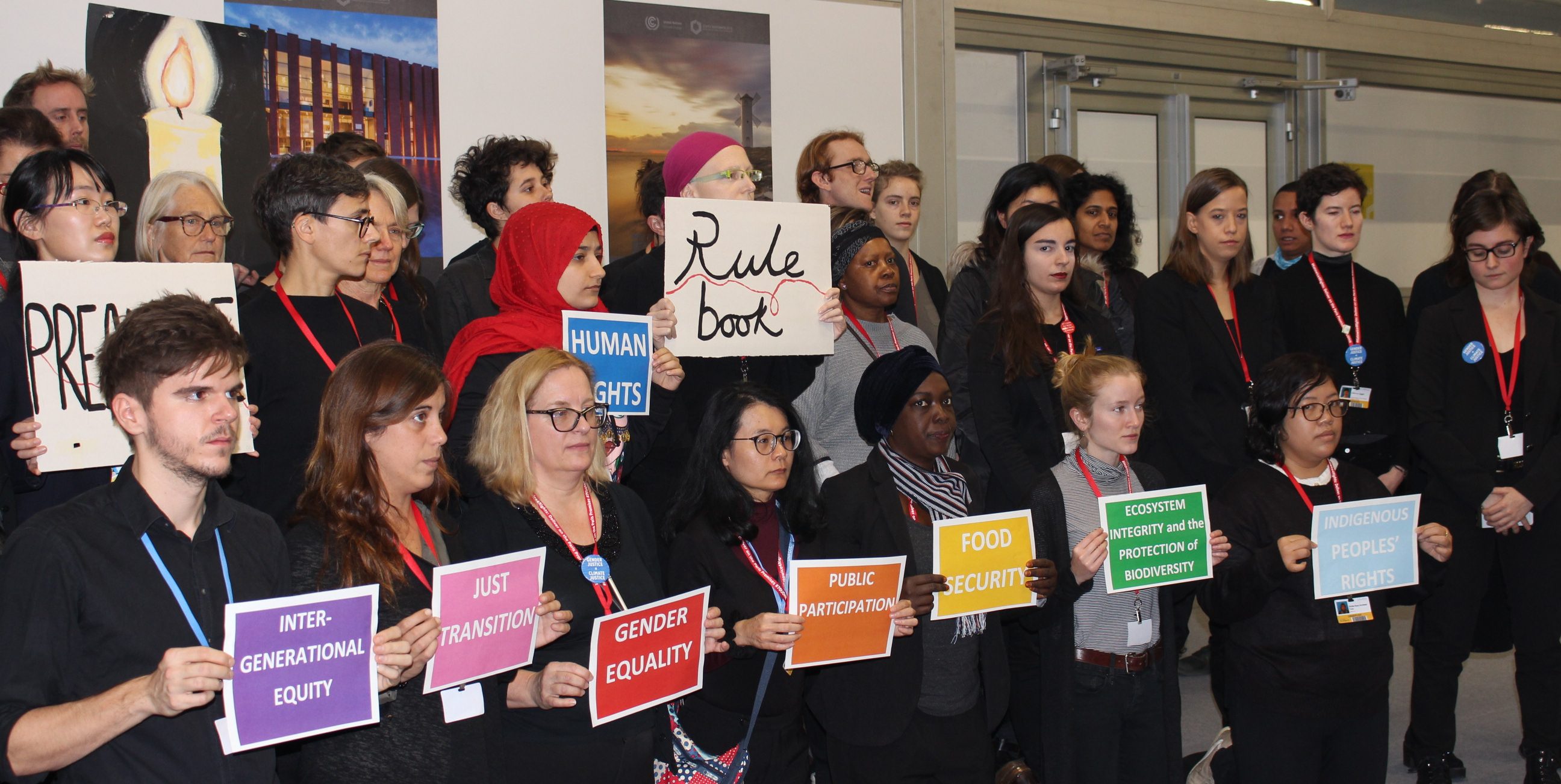 The task at hand is to keep these principles and the mere mention of human rights in the Paris Rulebook. Our countries must not let them fall into brackets, be erased and forgotten by the international community. It is necessary to include these and guide the implementation of climate action throughout the world. As of now, the mention of human rights has disappeared from the Rulebook in the part about the planning of the NDCs. 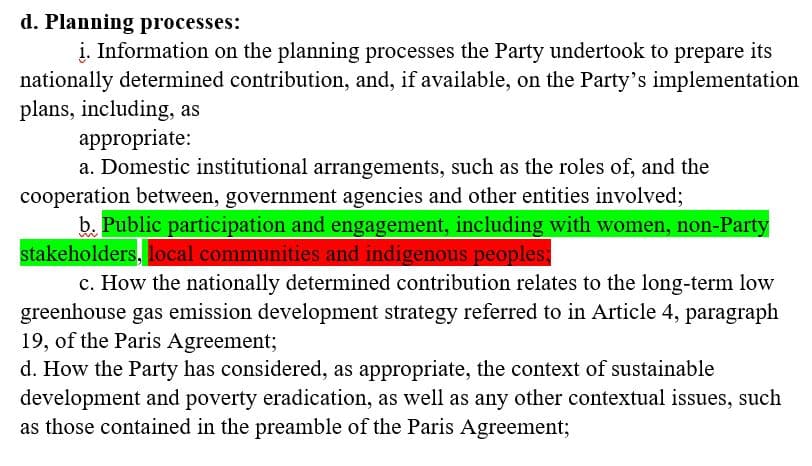 This is one of the key points of the rules that define how the NDCs, which are the climate commitments of each country, will be planned, and it is right there where today the mention of human rights was eliminated. It is truly incredible that a word is so elusive when it is that which represents us all.

These principles are at the heart of the Rulebook, and it is we, the citizens, who must rescue them. We have time before they close the topic this Saturday. We can put pressure on our politicians to recover the spirit of the Paris Agreement in their Rulebook, leaving human rights in the text. It seems like another detail in this sea of words and bureaucracy, but these lyrics can make our rights come true.