Talking with activists at the Climate Conference # COP24

We were in the Greenpeace Climate Hub talking to activists about the role of the public in climate action. Participation in climate decisions is an issue that is at the heart of everyone. 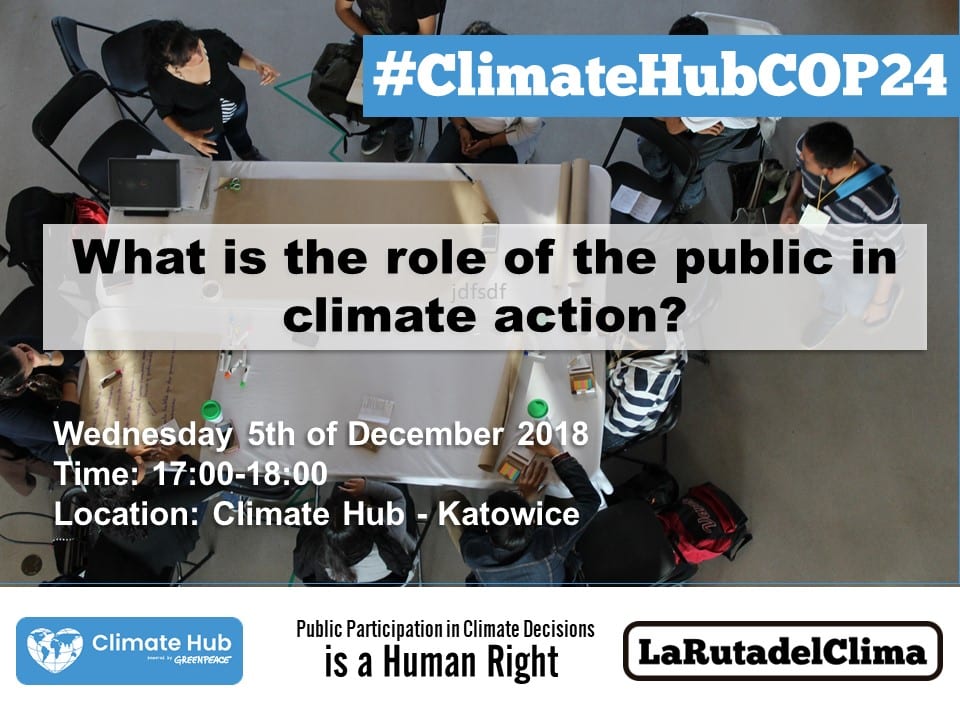 Last Tuesday we were in the Climate Hub of Greenpeace sharing with different actors about the role of the public in climate action. 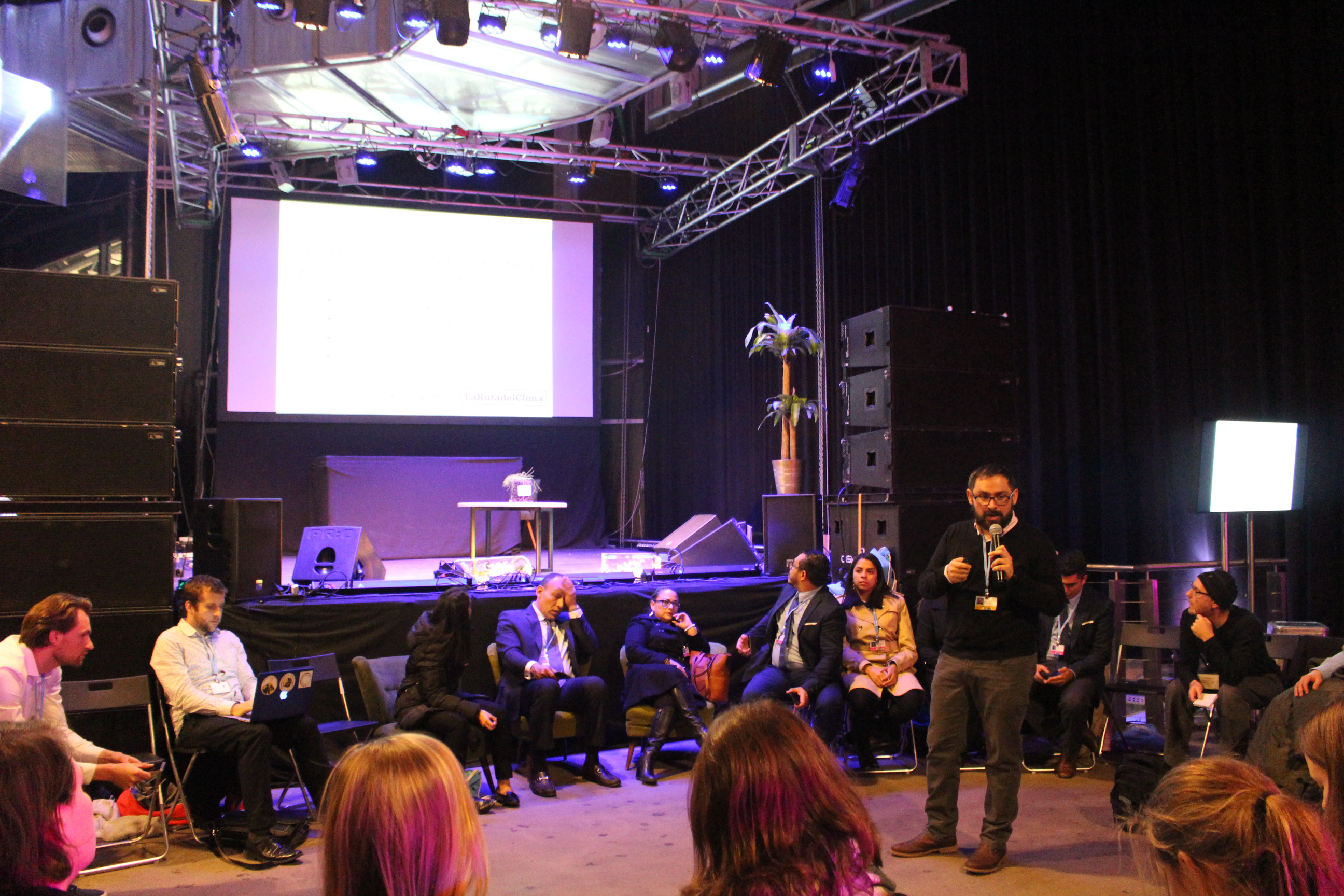 Adrián, our Director, shared part of the results of the research he has been doing on public participation in the Climate Conferences.

The activity consisted of knowing what the participants think about public participation. 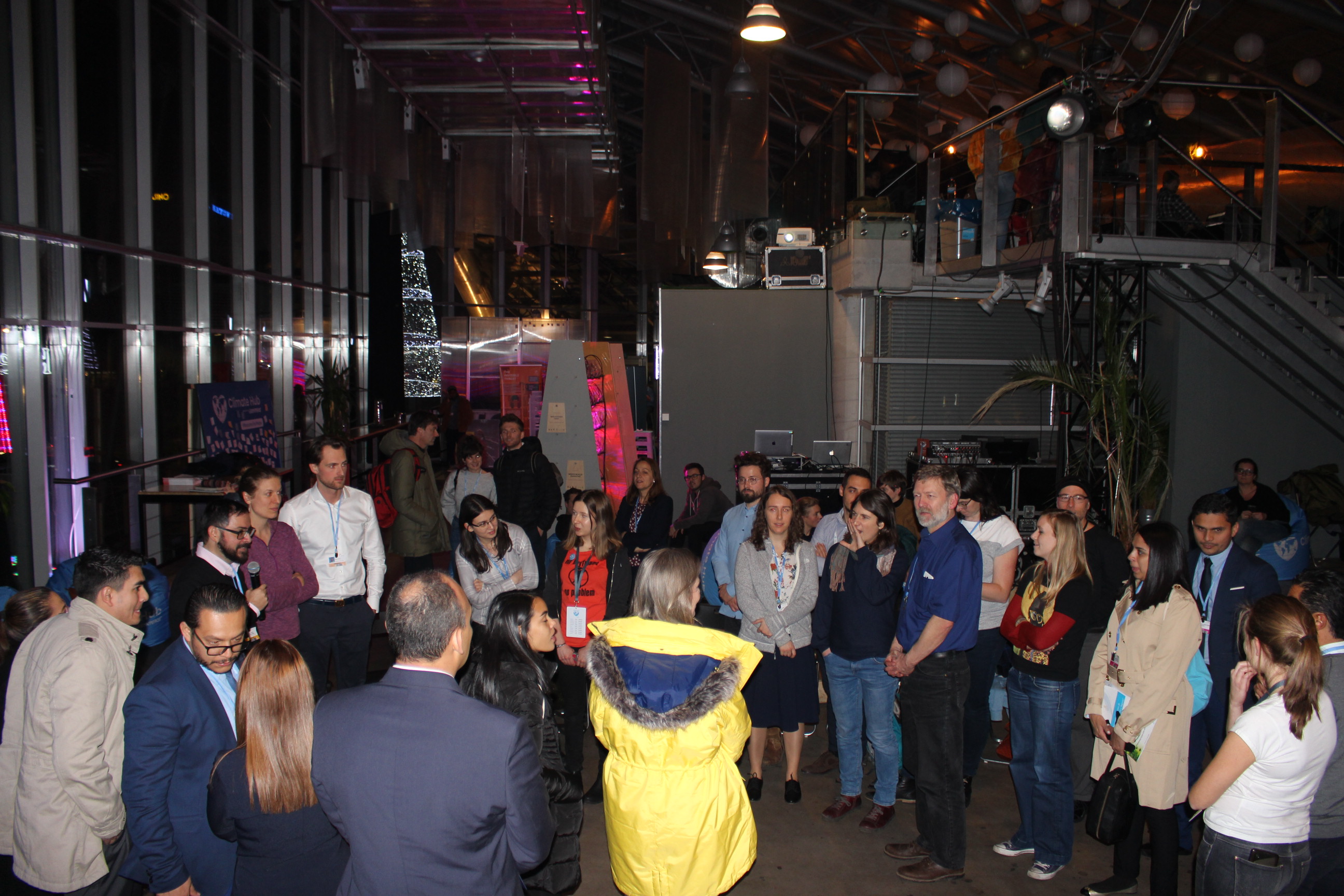 As part of the activity, the participants were asked to divide into several groups, similar to the perception they had of the percentages of participation between Countries and Civil Society. There was consensus: in the Climate Conferences, more negotiators from countries participate than representatives from Civil Society. 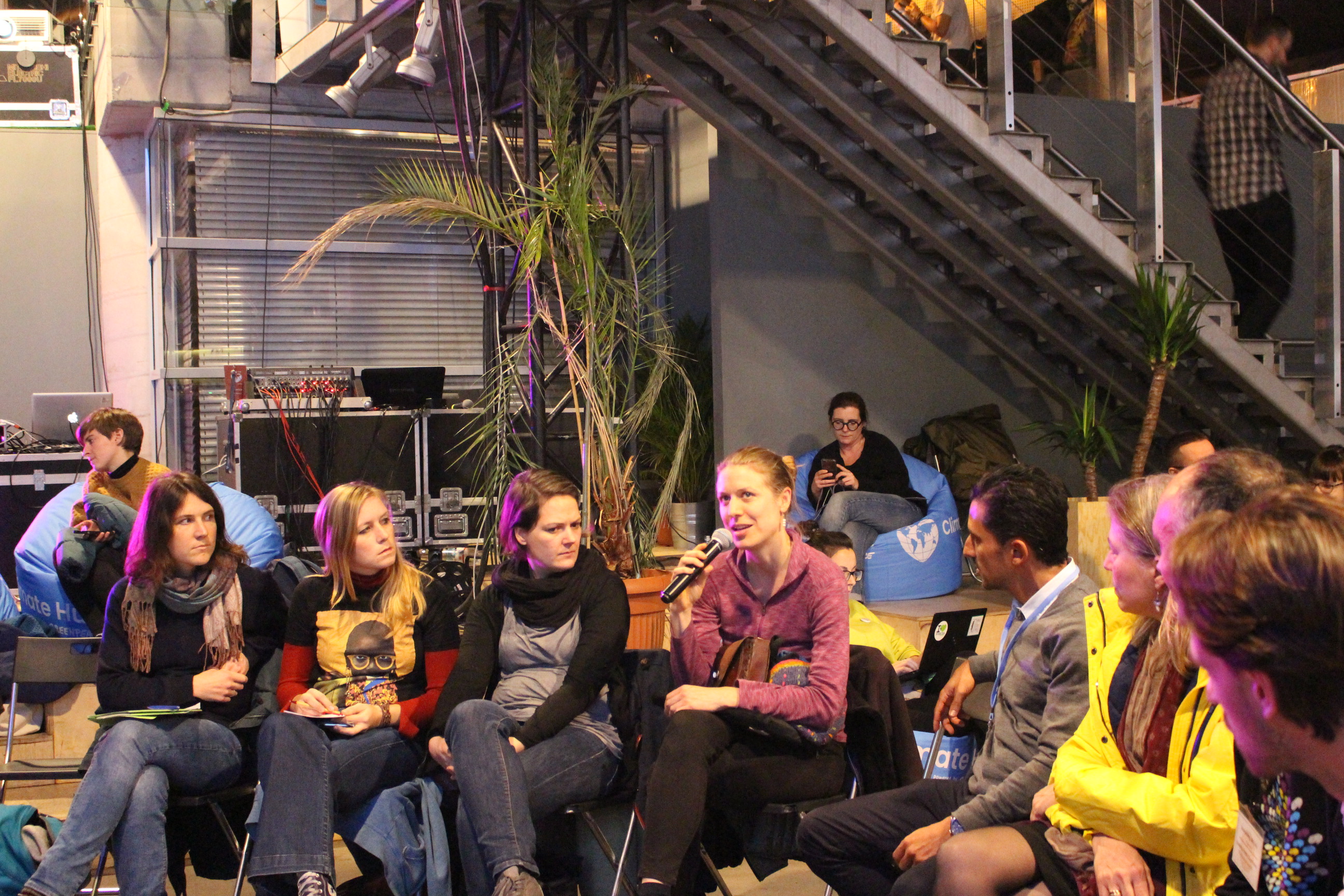 After the group dynamics where participants were grouped in percentages by region, the real percentages were announced, of which we highlight that the #SurGlobal participation is much lower than that of the countries considered as #Norte (United States, Union European, Australia).

After this, the microphone was delivered to those who wanted to share their opinion.

Mauricio Luna, one of our moderators, invited the participants to share their opinion about the challenges that the public faces in climate issues, with the purpose of knowing what the challenges for public participation are. 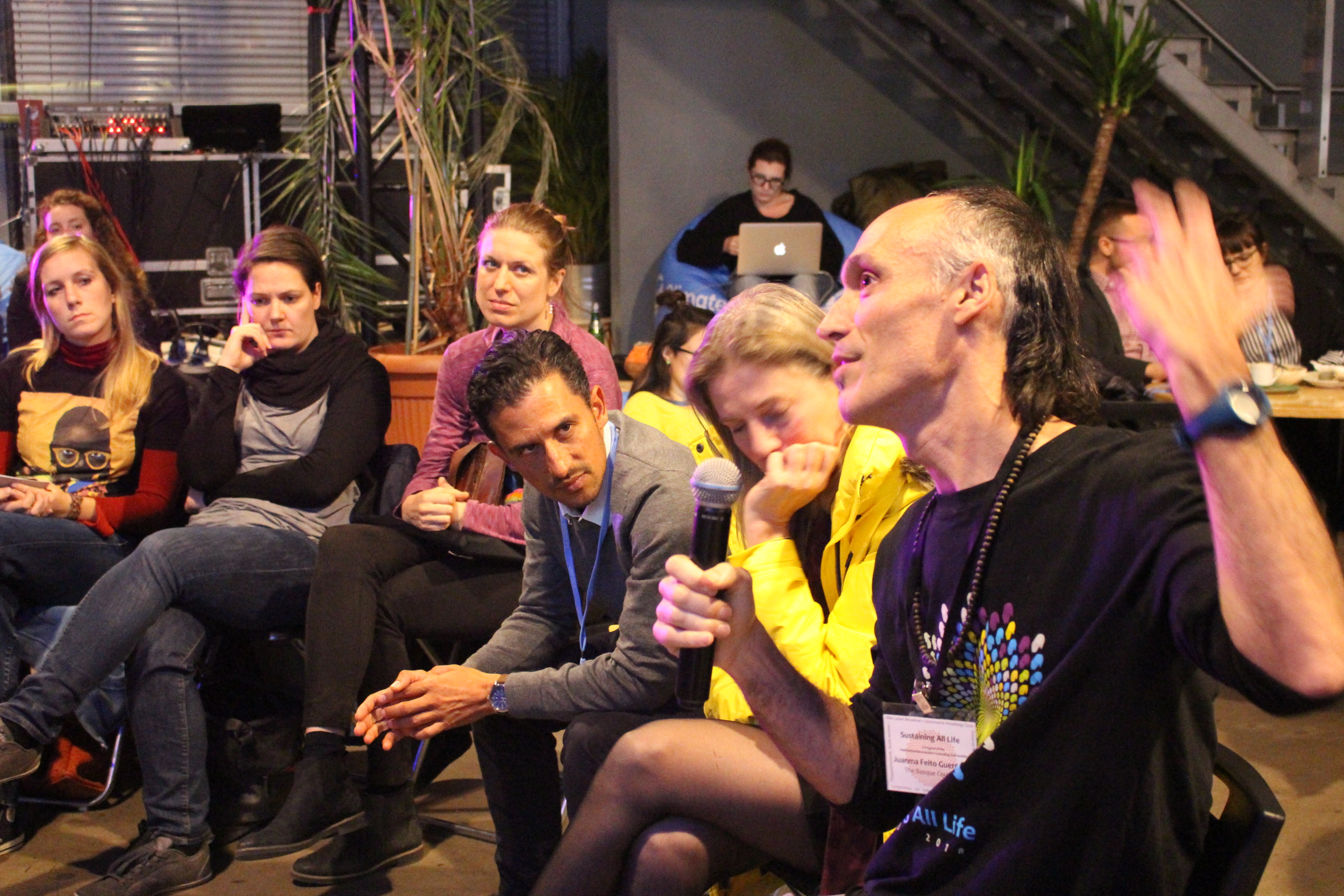 "As an activist, what I see of the negotiations are working groups ... in the organizations ... because we have very good intentions, but we have a great personal burden ... There are many things that stand in the way ... We need to be united ... You need to know how to handle it (the tension in the Climate Conferences) .. We are not activist machines, we are human beings with emotions. " 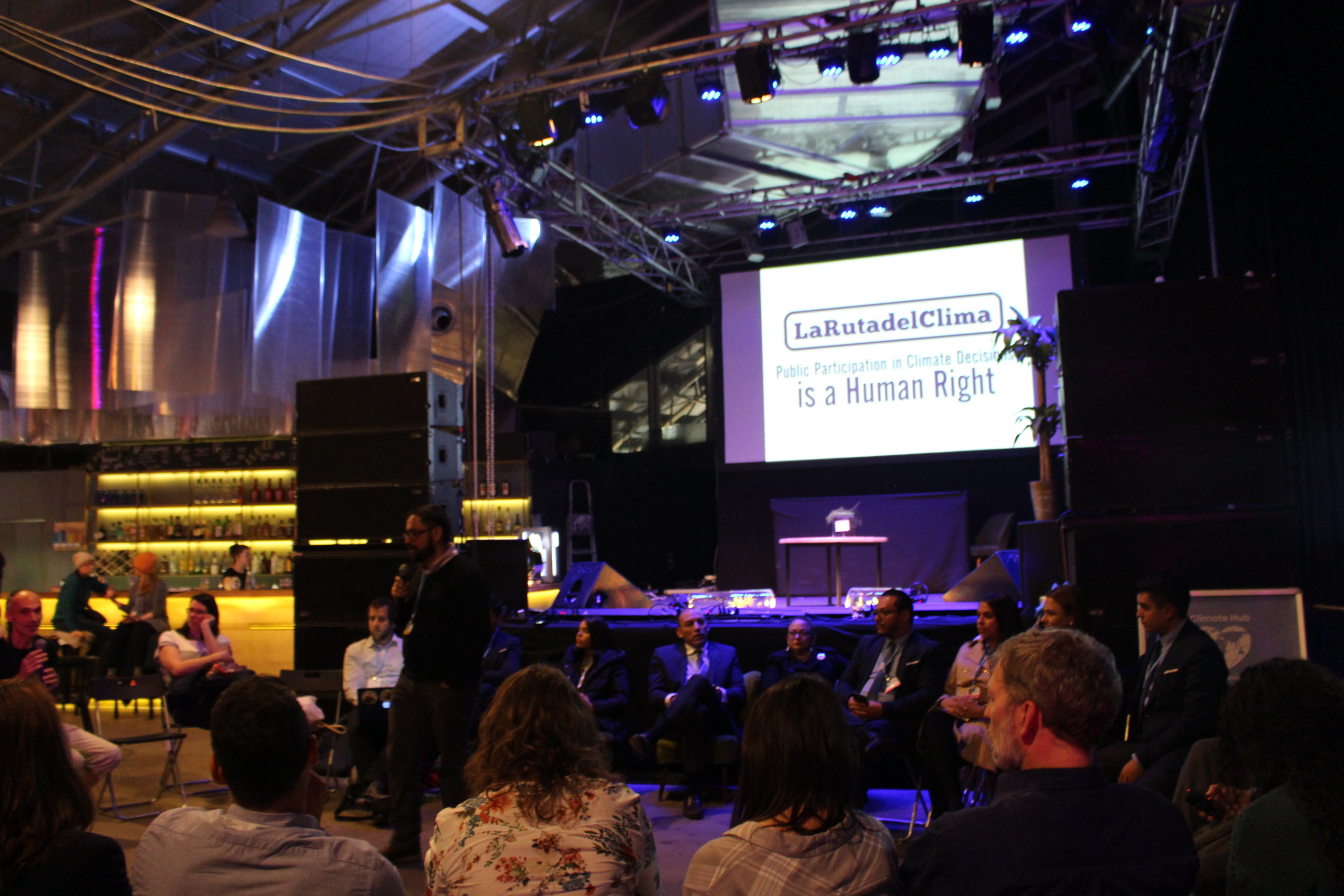