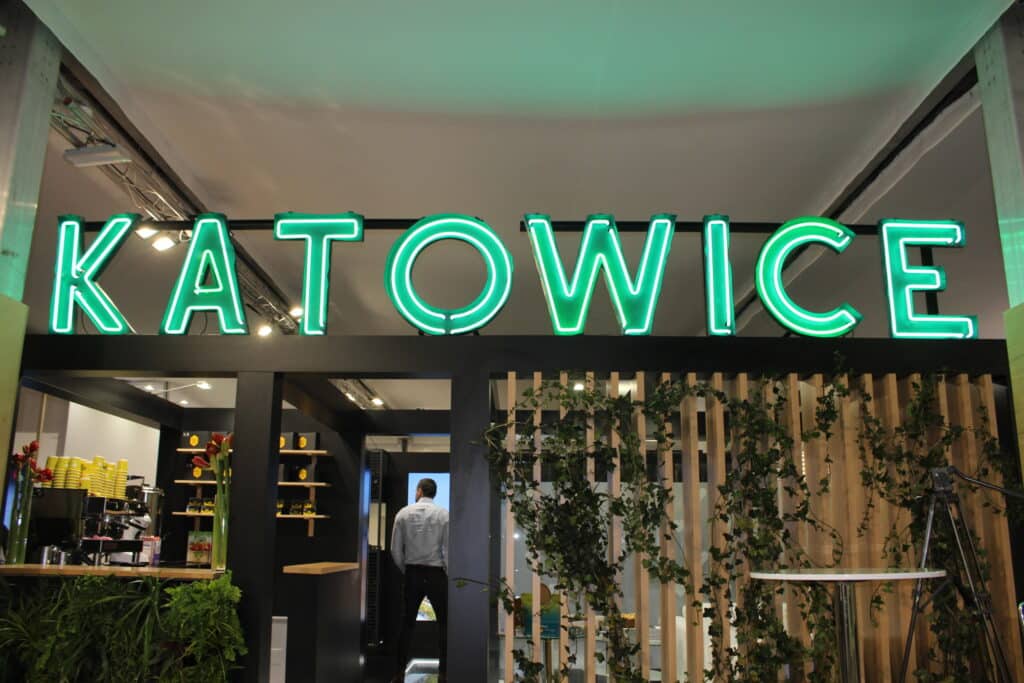 The United Nations’ climate talks in Katowice, Poland this past December wrapped up with an agreement on the terms to finalize most of the Paris Rulebook and set the 2015 Paris Agreement into action.  While the parties agreed on many important issues, the final text comes up short on several key fronts.

The conference, COP24, was considered the most important since Paris due to the stakes of the negotiations.  The key outcome was the agreement among nations on most of the critical elements of the Paris Rulebook, a set of rules for all 196 nations that have signed the Paris Agreement.  The rulebook fleshes out the original text to set the agreement into motion and can help lead to increases in the ambition of countries’ climate pledges.

Parties made significant strides in the final text, particularly in the areas of improving Nationally Determined Contribution (NDC) standards for submission and setting the rules for a global stocktake every five years.  The new text helps improve accountability and increase transparency. As Jake Schmidt, managing director of the International program at the Natural Resources Defense Council, stated:

“They did it: The rules adopted at COP24 are sound, and their transparency will enable us to know whether countries are on track to meet their targets under the Paris Agreement. But that’s not enough. Climate change is here and getting worse faster than expected, and that’s why the world needs to move from slow-walking climate action to sprinting.” 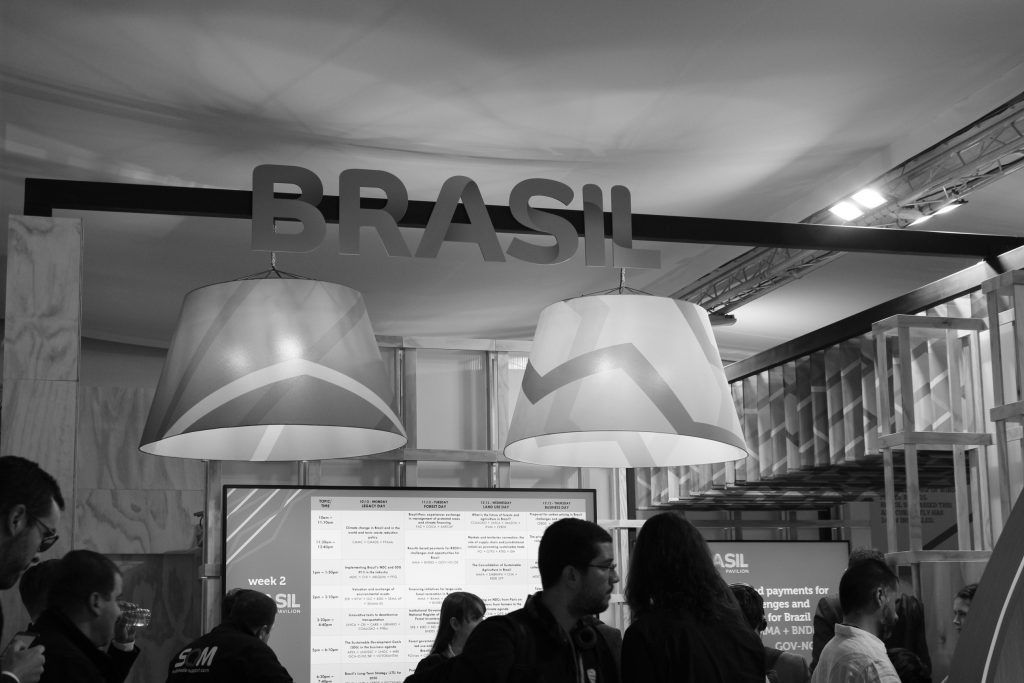 Brazil withdrew its offer to host next year’s climate talks and also blocked agreement on the rules for Article 6 of the Paris Agreement, which deals with market mechanisms.  Brazil, with its massive rainforest cover, wanted to allow double-counting of their carbon credits, which would ultimately undermine the integrity of the system. Because of Brazil’s role in obstructing these negotiations, a resolution on Article 6 was punted to next year.

“Avoiding double counting is one of the elements that seems to me to be key to making carbon markets really work with all our discrepancies around the issue,” says Antonio Zambrano Allende of the Movimiento Ciudadano frente al Cambio Climatico.

Things are unlikely to get better with the right-wing extremist Jair Bolsonaro having assumed the presidency on January 1.  Bolsonaro, who threatened to pull Brazil out of the Paris Agreement before changing course, will likely assume an antagonistic role in next year’s climate talks.

“I have no doubt that Bolsonaro is going to try to obstruct the agreement, obstruct a series of advances in climate policy,” says Zambrano. “The problem is that Brazil is an absolutely key country for the whole region, and we are going to have a mini-Trump at home.”

However, some others remain more optimistic about the extent of the damage that Bolsonaro will be able to do in future climate talks.

“I believe there will be a lot of pressure from organized civil society and researchers and from the private sector in Brazil and around the world so that Brazil can no longer go back on joining the Paris Agreement,” says Paulo Lima, a Brazilian journalist and Executive Director of the non-profit Viração Educomunicação.

Human rights come up short in the Paris Rulebook

After years of advocacy, parties missed a great opportunity to provide robust language protecting human rights in the Paris Rulebook.  While countries such as Saudi Arabia and the United States moved to block the inclusion of the language, other nations that have previously championed human rights were noticeably quiet.

“There are a lot of states that should speak on these issues because it’s actually supposed to be a fundamental principle,” says Sébastien Duyck, senior attorney at the Center for International Environmental Law.  “That’s a frustration that we have … why we didn’t have the power dynamic in the room to overcome this resistance.”

The general silence of parties was the main obstacle that civil society faced advocating for human rights to be mentioned in the Paris Rulebook. Human rights obligations for climate action had existed even before the Paris Agreement. From a legal perspective, there was no good reason for governments to oppose including the mention of human rights since it obligated them to do nothing new. However, a great value could have been added by having it in the text.

Some civil society representatives were lobbying for the implementation of people´s rights by having public officials or consultants working on climate change issues consider if what they were implementing on a national or local level took human rights into account. But this was not an essential element for most countries to speak about at the negotiating table and was not included.

“The missed opportunity, we believe, is that the civil servants at the domestic level, while going to get the rulebook and be tasked to implement the Paris Agreement, they are not the ones who traditionally think of the values of a human rights treaty. And so, we really thought it would make a tremendous difference for the integration of human rights and climate policies if this really was flagged,”  says Duyck.

Looking ahead to 2019, getting the most out of the human rights-related or social principles that are reflected in the rulebook is a priority for many NGOs. For Duyck, a priority is to remind states that “in Paris they agreed that adaptation should be gender responsive, participatory and guided by indigenous peoples’ knowledge.” In addition, Duyck pointed to the fact that the Intergovernmental Panel on Climate Change (IPCC) stated that human rights-based participatory climate policies are the most effective.

“It is really just to work with those who are interested and see what does it mean for the planning of future climate change commitments to take a gender responsive and human-rights based approach,” says Duyck.

Public participation is an essential pillar of the rulebook but was also a topic of concern during COP24 due to the action of the Polish government against civil society activists.

The United States, Saudi Arabia, Russia, and Kuwait blocked nearly 200 countries from “welcoming” the new IPCC report during the first week of the conference, threatening to send this year’s negotiations off the rails.  In a move to undermine the latest climate science, the U.S. State Department issued a statement:

“The United States was willing to note the report and express appreciation to the scientists who developed it, but not to welcome it, as that would denote endorsement of the report,” explained a State Department spokesman. “As we have made clear in the IPCC and other bodies, the United States has not endorsed the findings of the report.”

The report estimates that in 11 years the planet will exceed the carbon budget for 1.5°C due to human activities and will continue to get worse if there is not a reduction of emissions. The effects of past emissions are already severe. However, to cap the increase at 1.5°C, the IPCC study concludes that we need to reduce our emissions by 45% from 2010 levels in the next 11 years and reach net zero emissions by around 2050. This must be the game plan that we need in the coming years.

One of the most disappointing aspects of this year’s conference was the host country’s attacks on civil society.  Would-be participants from the Ukraine, Georgia, and Kyrgyzstan were detained and deported by Polish authorities, who were apparently maintaining a blacklist of civil society observers.  At least one German national was also temporarily detained before eventually being let in. UNFCCC Executive Secretary Patricia Espinosa confirmed that she has spoken to the Polish government about this incident.

There were several significant steps taken by the Polish government to suppress dissent at this year’s conference. Poland passed legislation preventing so-called “spontaneous” protest at COP24 and allowing Polish authorities to collect data on environmental activists in an apparent crackdown on dissent.

May Boeve, Executive Director of 350.org, believed that this was an attempt by the Polish government to intimidate civil society:

“This is not isolated to this COP. A lot of the people who are on the front lines of the fossil fuel fights are in countries where their rights are completely repressed. But what this seems to indicate is that industry and their allies in government are so brazen that they will actually do this at the U.N. Summit with people from all over the world, and that seems like they are testing, so that civil society doesn’t push back.” 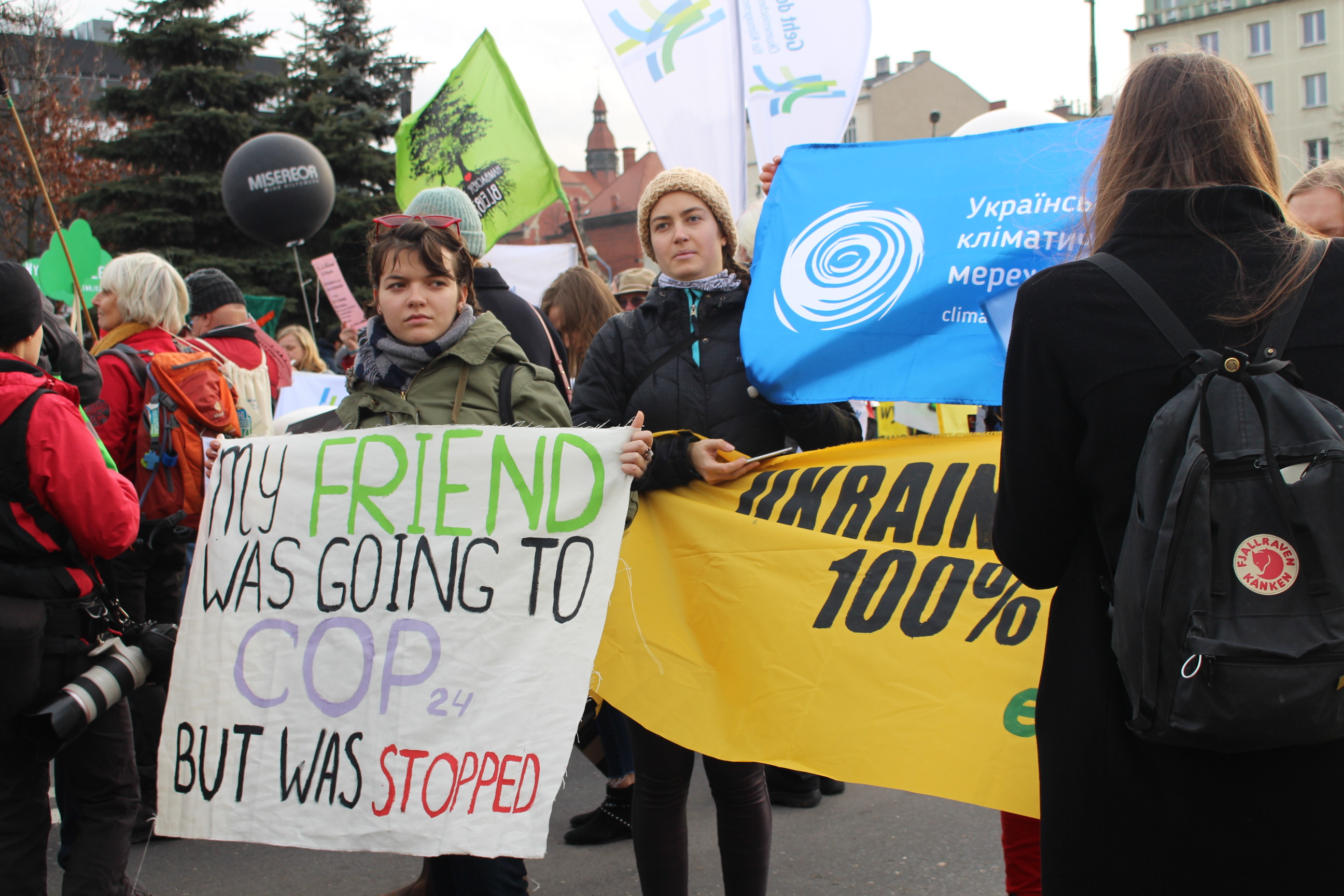 My friend was going to COP24 but was stopped.

Following Brazil’s decision to withdraw its bid to host COP25, Costa Rica, Chile and Guatemala offered to host next year’s conference.  In the end, Chile and Costa Rica were selected to co-organize the conference. The annual “Pre-COP” meeting will take place in Costa Rica, while the primary conference will be held in Santiago, Chile.

Costa Rica and Chile have both emerged as climate leaders in Latin America.  Chile has become the second largest market for renewable energy in Latin America, while Costa Rica’s President Carlos Alvarado has declared decarbonization to be the “great task of our generation.”

While there is plenty of optimism regarding next year’s host, there is some concern that Chile is not one of the 14 countries to have signed the Escazu Agreement, the first environmental treaty in Latin America that looks to protect environmental human rights defenders.

“We are definitely looking at Chile to sign the Escazu Agreement,” says Duyck. “I think it is a very important message that Chile needs to send both because it is one of the countries that championed that process and also because, after this COP, we really realized that we need a much better presidency than we had in Poland in relation to these damages.”