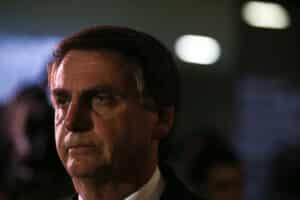 The latest Brazil poll shows what the others have shown: with 2 weeks to go, Bolsonaro has a huge lead on the Worker's Party Fernando Haddad (59-41%). Anything but a Bolsonaro win – with a huge mandate – seems very difficult to envision at this point: https://t.co/oZnjLLv0aA pic.twitter.com/Uot5sDtkC8

Bolsonaro, whose campaign model has been likened to the Nazi playbook, cruised to victory in the first round on October 7. He nearly managed to pull off an outright victory, narrowly missing the 50 percent threshold needed to prevent a second round.  The far-right candidate soundly defeated Haddad (29 percent), with the next highest being center-left candidate Ciro Gomes (12.5 percent).

While Haddad has been widely regarded as a moderate on environmental issues, Bolsonaro offers a radical departure from the status quo.  If elected, he has promised to pull Brazil out of the Paris Agreement, open up Brazil’s indigenous reserves to mining and abolish Brazil’s environmental ministry.  From the perspective of climate governance, environmental policymaking, and indigenous rights, a Bolsonaro presidency would undoubtedly be an unmitigated disaster on the national and international stage.

“The environmental and other civil society groups are quite afraid of what is going to happen in Brazil,” says Rubens Born, 350.org’s Interim Regional Team Leader in Latin America.

State of Environmental Governance in Brazil

Brazil’s environmental track record has been, at best, mixed over the last several years under current President Michel Temer of the Brazilian Democratic Movement and former PT President Dilma Rousseff.

Rousseff and Temer have been proponents of the Paris Agreement, with Temer committing to a 37 percent cut in greenhouse gas emissions by 2025 from Brazil’s 2005 levels.  However, many of the policies implemented under their watch run counter to the interests of environmentalists.

In recent years, Brazil’s Congress has weakened protections on land in the Amazon, opening this land up for logging, mining and agricultural use.  Temer has frequently catered to the Ruralista congressional bloc, a group of conservative lawmakers who advocate on behalf of the nation’s agroindustrial sector and extractive industries and were critical to putting Temer into power.  Under Temer, the budgets for the environment ministry and environmental enforcement agencies, Ibama and ICMBio, were cut dramatically as his administration attempted to handle a growing deficit.

“All the tendencies we have seen in recent years are worsening environmental protection and environmental governance and reduced investment in environmental safeguards and environmental management,” says Christian Poirier, Program Director at Amazon Watch. “This is not isolated.  This is very much a policy of the Temer government that has been implemented to weaken these safeguards, including that of the rights of indigenous people to their lands.”

The Vision of Jair Bolsonaro

For a nation already reeling from years of rolling back environmental protections, a Bolsonaro victory would be nothing short of disastrous for the future of climate governance, conservation efforts, and the movement to halt the expansion of agroindustry and mining in Brazil’s rural areas.  A Bolsonaro administration would also be an enormous setback for international conservation efforts and the global fight against climate change.

“Bolsonaro does not have his own track record in Congress.  He hasn’t passed any meaningful legislation in more than 20 years,” says Poirier. “However, his statements as a presidential candidate in regards to environmental protection have been extremely concerning and alarming if he becomes president.”

Bolsonaro has repeatedly made clear his skepticism about the threat that climate change poses.  Dismissing global warming as “greenhouse fables,” he has pledged to pull Brazil out of the Paris Agreement.  This could spell disaster for global climate commitments if Brazil, the world’s seventh largest emitter of greenhouse gasses, does indeed leave.

His plans for opening up the Brazilian interior to agroindustry, mining and other interests is a dream come true for the Ruralistas.  Bolsonaro’s proposals would devastate indigenous communities, which he has repeatedly attacked during his calamitous political career.

“Where there is indigenous land, there is wealth beneath it. We have to change that,” said Bolsonaro in 2017.

Bolsonaro has promised to abolish Brazil’s Ministry of the Environment and hand over the ministry’s responsibilities to the Ministry of Agriculture.  This will likely make it easier for the aggressive expansion of agribusiness and extractive industries.

“It is equivalent to taking police off the streets and making it very clear that impunity will be entirely tolerated when it comes to environmental and human rights crimes in the Amazon and other rural sectors,” Poirier went on to say. “In terms of land grabbers, he is basically creating an open season for these actors to aggressively steal land and falsify land claims and to kill whoever is in their way.”

The Vision of Fernando Haddad

Haddad’s agenda represents a clear alternative to Bolsonaro’s proposals.  A former mayor of São Paulo, Haddad is known for implementing initiatives in his city to promote bicycle use and expand bike lanes, in an effort to reduce traffic emissions and traffic congestion. While Bolsonaro has advocated for abolishing environmental protections in Brazil, Haddad has campaigned on renewable energy, protecting indigenous reserves and slowing deforestation.

“Haddad has embraced a number of promising platforms in terms of environmental governance and even indigenous land rights,” says Poirier. “He’s made promising signs that he will act as a true progressive of these issues, which is a really stark contrast to the previous PT administration under Dilma Rousseff.” 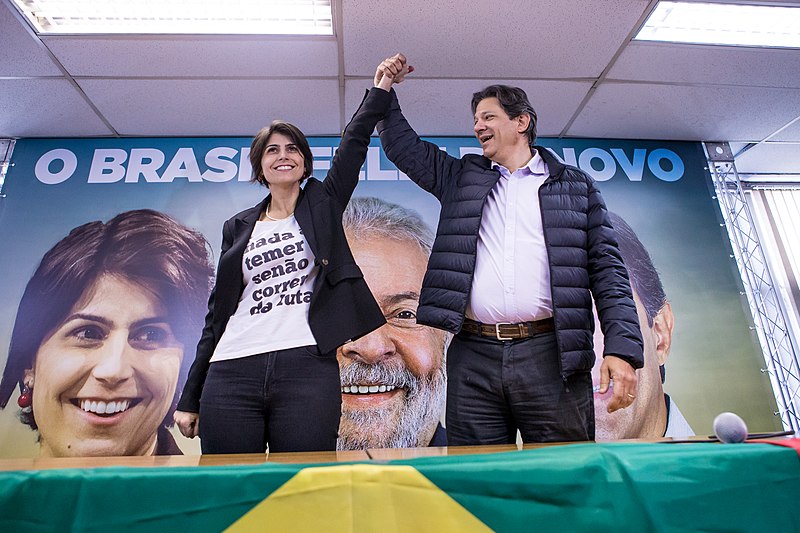 However, Haddad’s party, PT, has a mixed environmental record, fairing especially poorly under Rousseff’s watch.  While PT has been less willing to bend to the demands of the Ruralistas than other parties, it has often implemented politics that benefit the extractive industry.

“In terms of oil and gas exploitation, PT is very much influenced by the labor unions in the oil industry, and in particular by workers in Petrobras,” says Born.

With a decisive win by Bolsonaro looking increasingly likely, environmentalists in Brazil and around the world are preparing for the worst.  With the Intergovernmental Panel on Climate Change releasing an urgent call for climate action this month, his victory could not have come at a more critical time.

Even if Haddad manages to pull an upset on October 28, he will face an uphill battle to carry out his environmental agenda. Bolsonaro’s SLP now controls the second largest bloc in Brazil’s Congress and will have enormous influence regardless of who the next president is.

“If Bolsonaro wins, he will have enough support to go on with his agenda of dismantling environmental policies, leaving the Paris Agreement,” says Born.  “If Haddad wins, he will face enormous difficulties in keeping the current status of environmental legislation.”