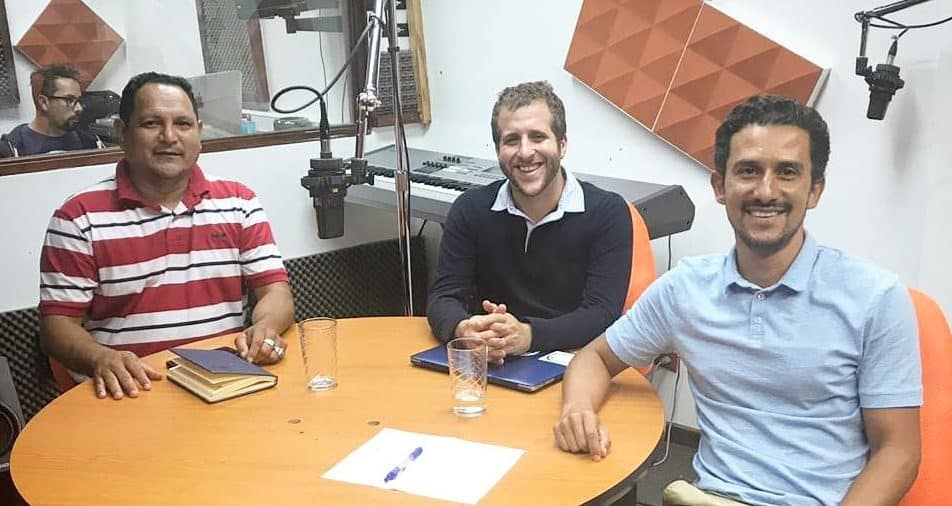 We spoke with Henry Sanchez, an academician from the Forestry Department of the Forest Research and Services Institute (INISEFOR) of the National University, who carries out research, community outreach, teaching and information generation activities on the production of forest resources.

Since 2014, INISEFOR has been working with the Cabécar de Tainy indigenous territory in the upper part of Valle la Estrella, in the Caribbean area. The work is oriented to dialogue with the population and to the valorization of ancestral knowledge. The objective is to generate agricultural production projects together with an exchange of knowledge, based on the traditions of Peoples and scientific knowledge. Likewise, it seeks to develop adaptation strategies to climate variability, taking into account the worldview of indigenous culture.

“We went to make a consultation. We do not carry a recipe. We visited the communities and together with them we considered that the university could accompany them in some adaptation strategies, within the framework of the constitution of a work team that involves the members of the communities. We found that the issue of food production was an essential element, so it was necessary to establish strategies for the production of gardens that would strengthen their production methods and incorporate models of indigenous polycultive using their plants for cultural and medicinal use “-commented Sanchez .

Some impacts of climate variability.

It has been identified that rainfall patterns have varied. At the moment the precipitation concentrates in a smaller time, which produces river overflows, mainly by the sedimentation and also by the impact of the production of monocultures like the banana plantations. “Actions have been generated, for example, considering that the cultivation cycles have been changing, the indigenous people have adjusted to these changes.” Sanchez pointed out.

How has the information been systematized?

The technical information of this proposal is being translated to Cabécar. Likewise, it is considered necessary to systematize the information of agricultural production systems to replicate in other indigenous territories and to be used as a tool for cultural teachers to teach in schools and colleges in these territories.

According to Sánchez, different community projects are working in other territories of Talamanca, where the same communities have had initiatives to create communal polyculture systems. In addition, the possibility of integral farms being a potential for rural community tourism that generates additional income for indigenous families is being evaluated.

INISEFOR also works on the quantification of carbon stock and evaluation of the dynamics and composition of forests, in order to have information that helps the decision makers of the country. “The country strategy to achieve Carbon Neutrality should be oriented by using wood in infrastructure and promoting or promoting a policy of using wood as a Costa Rican resource and a new way of capturing carbon,” Sanchez said.

This is because the youngest trees are the ones that capture the most carbon, due to the fact that they need to gain biomass to grow. In this sense, forest plantations have potential because they are composed of fast-growing species and stored carbon remains fixed in the wood, so it would not be lost.