The inclusion or elimination of human rights in the draft of the Paris Agreement Rule Book is discussed at the climate conference.

Participation is a Human Right #COP24

Public participation in decision-making on climate change is a human right and must be respected in the UNFCCC. #COP24 We need all voices!!

ACT: It’s time to deliver on the Paris promises

Join us in calling on negotiators #COP24 to adopt rules for implementing the Paris Agreement that ensure human rights drive all climate action.

After a year of hard negotiations in Latin America and the Caribbean, Brazil was ready to host the next Climate Conference – COP25, but resigned before being appointed. Costa Rica, Chile, and Guatemala have offered themselves as hosts and thus maintain the venue of the next summit in a Latin American country. 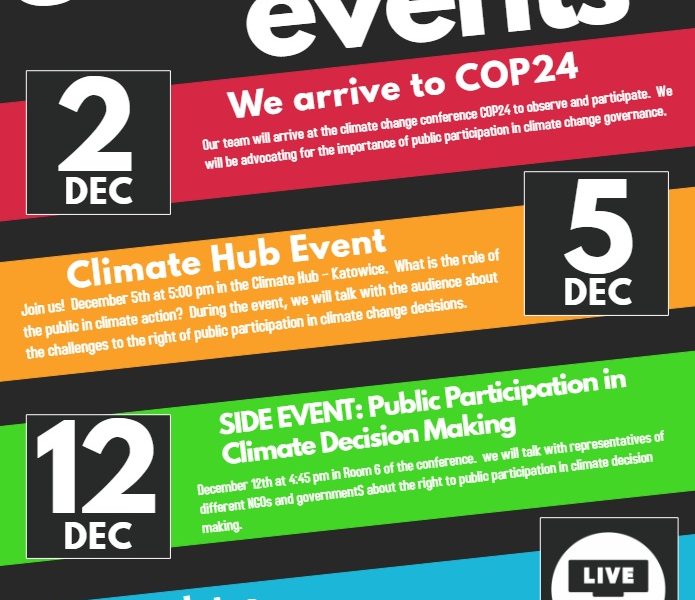 The inverted mobility pyramid is made up of five actors, it gives priority to the pedestrian, then to bicycles, followed by public transport, cargo transport and finally to the private vehicle. 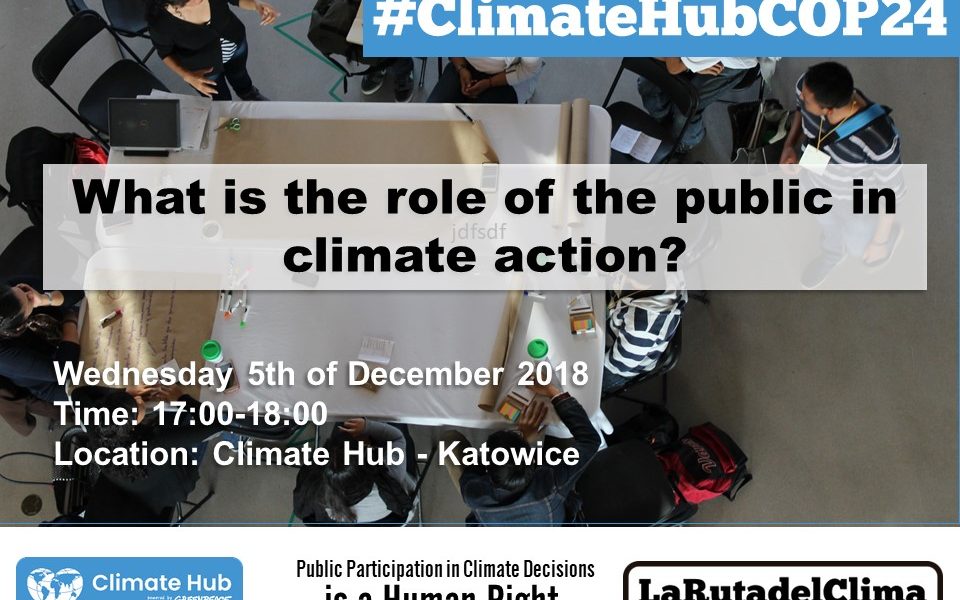 Climate Hub: What is the role of the public in climate action?

Join us! on Wednesday 5th of December at 5:00 pm in the Climate Hub – Katowice. This day we will be hosting the forum: What is the role of the public in climate action?  During the event, we will talk with the audience to explore together what are the challenges to the right of public participation in climate change decisions. 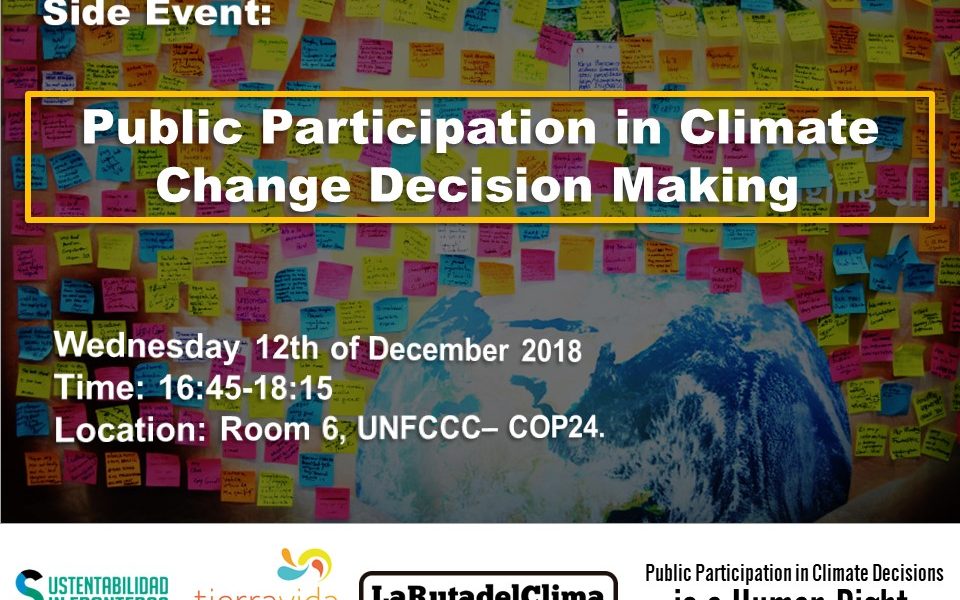